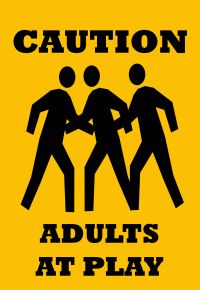 Last week, a flight attendant made the news in Chicago for taking a picture inside the engine of the plane she was working on and airline employees were all up in arms over the situation because, as they put it, “It’s been a long-standing tradition in our industry.”

Translation:   They saw nothing wrong with it.

A Social Media uproar ensued, fueled by other flight attendants, mechanic and pilots from a variety of airlines to “show support” for the flight attendant that was possibly facing termination from her company thanks to the media.  Some of the comments that these individuals were posting were supportive of their colleague, but so many others were vulgar and immature rantings that never stopped to look at the full-picture.

There were even “non-airline” people posting comments questioning the safety and legality of this flight attendant’s actions that were attacked by these airlines employees – like vultures coming in for the kill – many with the “you are obviously not in the airline industry so you don’t know what you are talking about.”  As a non-airline person with family working in the airline industry, I was appalled that these are the people that we trust with our lives when flying one of their airlines.

If anything, the comments posted by these “professionals” were more embarrassing to their employers that the photo itself.

Not, at one time, did any of these airline employees take into account:
1) The perception issue – How does it look to passengers boarding a plane to see a Flight Attendant sitting in the engine of their plane taking a photo…especially if she was supposed to be onboard tending to them?

2) The safety issue –Does anyone in the cockpit of the plane know not to turn on the power to the engine while this employee is sitting in it taking a photo?

3) The flight safety itself issue – Does anyone know if you can cause damage to the engine when taking a photo like that right before takeoff?

Regardless, it begged the question:

Just because something has been a long-standing tradition, does that make it okay to do?

Let’s face it – Every industry has some sort of “initiation” that their employees partake in to be accepted or celebrate the end of a probationary period.  It is a “right of passage” that employees create for themselves aside from company policy or regulations…and most companies know about it and let it happen so long as it doesn’t 1) put the company in a negative light and 2) pose a safety issue or regulatory violation.

From a HR perspective, I immediately saw this as “Oh here comes a new policy!”

What the airline did is exactly what I thought they would do – they now have a “policy” in place to formally let this “tradition” take place in a controlled environment.  It won’t be long before other airlines follow suit to prevent the same situation from happening with their company’s reputation in the press. (Actually, American Airlines already has a policy in place for such photo to take place in their hangers under supervision from Maintenance workers.)

But as an Employee, you cannot loose sight of the fact that such “traditions” are not endorsed by your Employer and, therefore, simply thinking that because “it’s always been done” that its okay could potentially land you in trouble.  This isn’t 20 or even 10 years ago when participating in such traditions could go unseen…thanks to the Internet and the popularity of Social Media, “news” like this spreads like wildfire so that requires that you think-twice and be more cautious of your actions.

Think before you act….and your Employer won’t have to intervene or make an example out of you and such “traditions” can continue to exist without oversight.

Barb Buckner is a seasoned HR professional with over 20yrs experience in a variety of industries. From start-ups to nationwide corporations, her approach to Employee Relations and Recruiting has helped her employers attract and retain the top talent in their fields. She is one that "practices what she preaches" as she feels we all have lessons to teach each other along our career path. View all posts by BarbBuckner